The Royal Marines should improve their unarmed combat training

This week I found an interesting article on our boys being trained by the US marines. There is a trend in the United States to seek out the best new martial arts systems and incorporate them into their armed forces training. Sadly here in the UK we don’t really seem that bothered that the Royal Marines should improve their unarmed combat training.

The article read:
“The first day we had two Royal Marines, but their numbers have at least doubled every day since.Word about the MCMAP training quickly spread among the embarked troops aboard the ship. More than 20 Royal Marines from 45 Commando’s mortar troop showed up on the fourth day.” 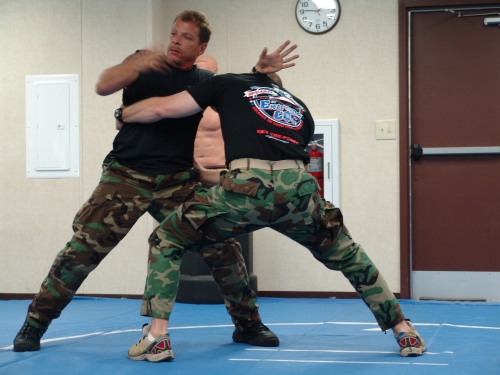 The fact that there were only two marines on the first day tells me that the training they are giving our marines isn’t even mandatory, they just go along if they feel like it and that can’t be good. This sort of training has to be a must for people on the battlefield.

The American military are very much in the mindset of “you are doing it” whereas in the UK we don’t seem to seek out the best instructors and get our boys fully trained up. We simply give them a gun and teach them how to use that.

Police Training needs to be better too

A few years ago I wrote to a police training unit in North Yorkshire explaining to them why they should integrate ground fighting into their training. Now five years later they have decided to add it to their training list but unfortunately it’s still very half-hearted. They have organised for a very good instructor to come in and give a seminar with their head instructors. At least this is a step forward, but we really should be talking about a six-week program at the very least but I realise it’s not realistic to take police of the streets.

The police should be training every day, for two hours a day, and be really committed to training unarmed combat to their bobbies. The police are on the coal face and this type of training could save their lives one day.

If something is worth doing, it is worth doing well. Why aren’t they out there searching for the best instructors and gathering them all into a room and developing the ultimate training package?

The two systems being used around the world are the SPEAR system and the Gracie system which is what we teach at GoodSense Conflict Resolution Training. However, if you mention these systems in the UK, often experience trainers don’t actually know what you are talking about. This scares me because people working in the conflict resolution and physical interventions world don’t know some of the martial arts moves they are still teaching are outdated and can be easily beaten. Which systems do you think they use in cage fighting? That’s right these systems!

The Royal Marines should get the training they deserve

Our boys are fighting for us and they are trained well with weapons but the Americans are trained better when it comes to unarmed combat. The truth is they are fighting together, so doesn’t it make sense that they train and fight together? I think so – what do you think?