Hi my name is Chris Norton, I am the managing director of Norton’s Notes and a serial blogger. I work with Darren on a few things and whilst he is sunning himself 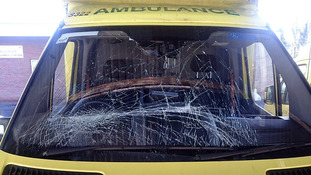 in Australia I promised him I would write a guest post on his Conflict Resolution blog.

To be honest, I was wondering what I could write about Conflict Resolution as I haven’t been involved in too many conflicts myself and don’t have the breadth of knowledge and expertise that Darren has. However, there have been two stories in the media this week that have caught my eye and made me feel a little bit sick inside.

In the Metro yesterday there was an article and quote from Ann Keen, the UK Health Minister who reported that there were more than 1,240 attacks on 999 paramedic crews in 2008/9 which I think is pretty damn awful. However, the fact that the number had dropped by more than 200 the previous year I suppose should be seen as a bit of a positive.

The reported number for the attacks on 999 crews were as follows:

Another good piece of news in this story is that 241 thugs have been actively punished for attacks on paramedics in the last year. However, that still means that a lot of them are getting away with attacking people who are simply trying to do a damn good job and save lives. I know Darren touched on this recently in his post about Fire Fighters. I am sick of yobs ruining this country and putting goo honest people off from starting these types of jobs. There was an appalling story on BBC News about a group of yobs throwing a brick through the window of an ambulance on a 999 call. I think stories like this are shocking and sad – what kind of cretin does something like that?

GoodSense Conflict Resolution Training provides training to people and paramedics in these types of situations. They teach them how to identify a situation before it becomes violent and if it does they teach how to restrain people. In the modern world without cavemen and women I don’t think the NHS staff should need to learn these types of skills but unfortunately they do and it is this that really saddens me.