I went to a Business Link seminar last week at Wakefield’s Cedar Court Hotel on Dealing with Difficult People held by the Big Brother psychologist Judi James. It was all very interesting and Judi seems to be very good at analyzing people’s body language. Judi commented: “Never get into a fight with pigs, you get all dirty and they just enjoy it!”

I thought this was a great quote and what she was basically saying is that if someone is looking for a fight you are going to lose either way. Whether it is through injury or police arrest. While I was there I found myself comparing her examples to our POLITE system which I have covered extensively here on the blog. The essence of what she was saying was, if you remain POLITE you won’t get dirty because you won’t be taking part in any battles.

Another thing she said was “Discard the emotions involved in the conflict and use the Judge Judy approach”.

I really liked this comment as it was a nice reference and made me think of my last post on emotional state control in which I said you should do your best to control your state when in involved in a conflict as it will make you a better negotiator.

When Judge Judy sums up, she only deals with the facts of the case as legally courts don’t deal with emotions. Yeah sure they might consider people’s emotions at the time but they don’t use them to make a final decision. Personally, I always recommend that you try to stay in control of your emotional state because if you don’t you will lose your all important skills of negotiation.

In her seminar Judi took us through her 3-step approach which had the following three steps at its core:

It is true to say that when it comes to conflict there is always a cost on one party’s side.

If we look at Judi’s approach and contrast it with our POLITE system there are certainly similarities. 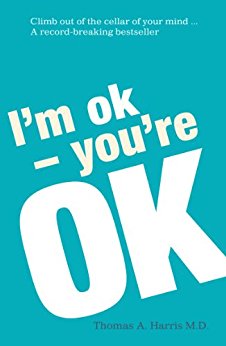 well. What is the cost of that?

Judi also recommends that you should take the position of an adult not a parent or a child when you are dealing with difficult people. I think she was linking this to A school of Psychology Analysis from the book “I’m OK your OK” written by Thomas Harris.

The most effective way of getting a win/win situation is by taking a communication style of an adult – the reason for that is if you act as a parent it would be a win lose because you would win but they would lose.

If you take the position of a child, you become passive and much more likely to be walked over which is a lose/win. In other words you would be saying this is my view and I am much more interested in your view. The chances are extremely high that you will come out of the situation acting like a rebellious child thinking “I am not doing that” and we are not likely to get to the end result.

Thomas explains a lot of this in much more detail in his book.

As Judi went on in her seminar she also talked extensively about building rapport and mirroring people’s body language and if we link how we position our body, we would be matching and mirroring anyway.

However, I have to admit I didn’t agree with everything she said, as she seemed slightly confused over the open palm used when dealing with violent and aggressive people(she has probably been shown this wrong, which is quite common ). She is looking at this technique from one school of psychology but I am talking about it from experience in the field and so I have seen what actually works in practice.

Here are five other things Judi referenced during her seminar:

In essence, 90% of what Judi discussed in her seminar fits perfectly in the Polite Model of conflict resolution. We created our model because it makes everything nice and simple to remember – always be POLITE when dealing with difficult people and you won’t go far wrong.